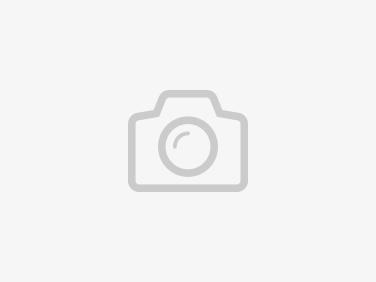 Seeds are sourced from the invaluable chestnut breeding orchard planted by Bob Stehli of Wintergreen Tree Farm in Ohio. The orchard began with 4,425 trees from a diverse array of lineages that showed the most promise at the time. Reliable, quantitative, and thorough assessments whittled the trees down to 400, creating an orchard with exceptional nut qualities, high productivity, high disease resistance, etc. This orchard is arguably the most extensive and thorough selection process of chestnut hybrids in North America. Additionally, their offspring have had the most extensive progeny testing ever done on chestnuts in the US. This leads us to believe these seedlings will produce one of the highest percentage of excellent orchard trees available. . The Stehli Elite Mix seedlings come from the 60 most consistent heavy bearing parents in the already exceptional 400 trees that remain in the orchard. These trees are an essential addition to any chestnut planting, and can thrive in zones 5-8 and are one of our strongest recommendations for trialing in zone 4.
Two examples of parents that are in the Stehli elite mix:
Turtle party: Turtle party is a great example of why data based selection and progeny testing is essential for effective breeding. The tree does not look like anything special. It is on the smaller side and not particularly vigorous or outlandishly productive in any given year. However, it is extremely consistent. It consistently produces a decent crop of beautiful medium/large size nuts (40/lb) year after year. It has never been hit hard by phytopthera root rot, chestnut blight, blossom end rot, asian gall wasp, and always has very healthy dark green foliage. Most notably, it has earned the #1 spot in the progeny tests. In other words, it is the parent that has produced the highest percentage of precocious and productive orchard trees. Planting seedlings from turtle party offers a degree of confidence in the productivity, and thus financial viability, in a planting that you cannot find anywhere else.
Tree of the north: Unlike Turtle Party, this tree is easy to pick from the crowd. It is so massive that it looks like it was planted well over a decade earlier than the nearly 400 other trees in the orchard. Not only is it unmatched for size and vigor but it has a very upright architecture that bodes well for dual purpose plantings that hope to get some timber as well as chestnut production. Its structure, growth rate, and hardiness is assumed to come, in part, from having a fair amount of American genetics. This tree doesn’t seem to show complete immunity to anything but strong resistance to everything. It has had blight for many years that seems to have never really effected it. It also exhibits a fascinating trait in relation to asian gall wasp in that its leaves are generally all that are targeted. Put differently, when an infestation comes through, there are only a handful of leaves that are lost rather than whole branches dyeing off. Where Tree of the North really displays its status as a true outlier is consistent productivity. At age 15 this tree produced roughly 200 lbs! Now at the age of 25 this tree consistently produces over 300 lbs. To put this in perspective, most mature orchard trees that are hailed as highly productive can’t produce 100 pounds annually. It’s biggest downfall is that its nut size is not consistent. Some years it produces nuts that are considered extra large (20/lb) other years it produces somewhat small nuts (60/lb.) Despite the obsession with extra large nut size in chestnut facebook groups Tom Wahl of Red Fern Farm says he sells way more small sized chestnuts than he does extra large. So with pollen from many trees that show more consistent medium/large nut size all around Tree of the North, we think this is one of the most important parents for increasing productivity in chestnut breeding.
Select
Select
Quantity
Add to cart
Add to cart